Hello! This is my latest commission, Tim Drake as Red Robin from his pre-New 52 solo series based off of Freddie Williams II’s designs. In the client’s opinion (and mine) this was Tim at his best. I love the sleek design mods made to the traditional Red Robin costume from the Kingdom Come days, with the shirt tails take off and the black arc above the hip. This figure was built on the same base and my previous Tim Drake Robin figure to be smaller in stature to the DCUC Nightwing figure, yet larger than the Robin issue figure. Red Robin comes with his staff and custom made grapple gun.

Tim was made from a DCUC Sinestro base with modded arms and sculpted details to the legs and arms. All of his belts and symbol were sculpted. The cape was a Spectre cape and the head is from Animated Batman, heavily modded. Wrapped up in a flat and gloss paint job with metallic highlights. Enjoy! 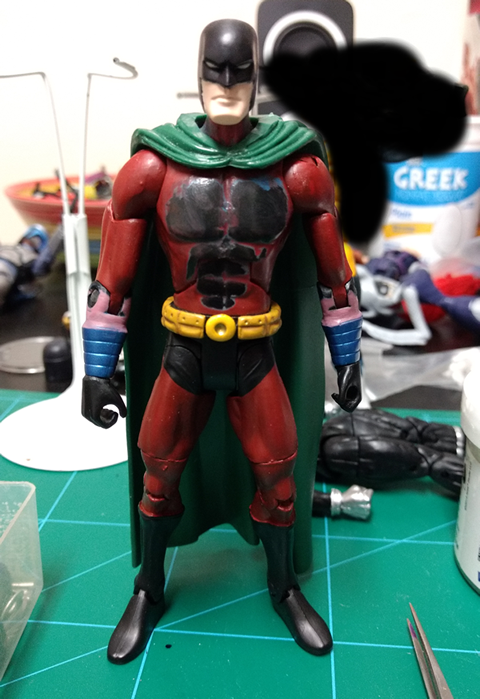 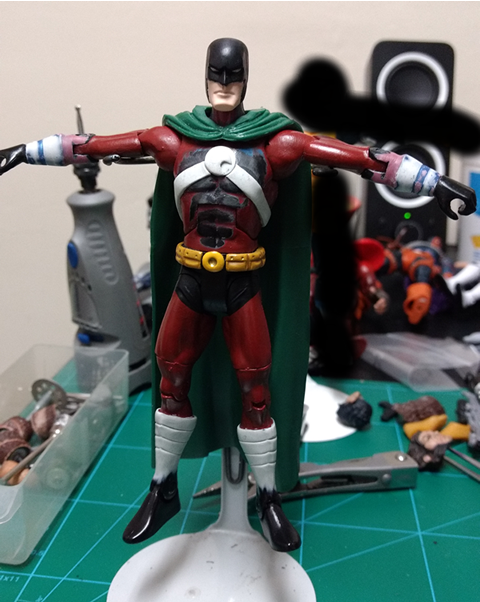