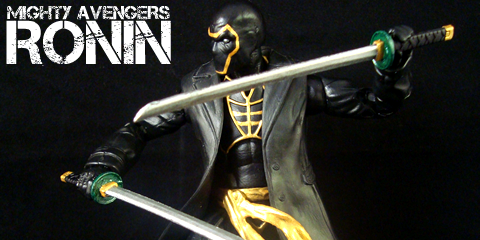 Who hasn’t loved the Ronin persona since he/she/he/he/it? first appeared in New Avengers back in the day; which was a Wednesday, by the way. Originally intended to be Matt Murdock, Bendis revealed the first Ronin to be Maya Lopen, aka, Echo. Many have worn the black, gold and green, but this new “mystery” badass has exhibited the most funk and swagger of the lot. As of yet the character formerly known as Spider Hero has been a great read as the most dynamic member of the new Mighty Avengers (one of Marvel’s best books by far). Can’t wait to see who he is (wink).

If you would like to own this one, head over to ebay and throw your 2 cents in!