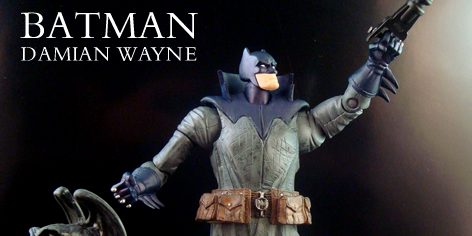 I have to believe deep down that DC has a huge Lazarus Pit in store for Damian Wayne. Not only is he maybe the best Robin to date, but the future version of him as Batman is one of the coolest things ever. I have been wanting to do this version of Batman/Damian for a while, and it blows my mind that no one has attempted this figure yet. I love the trench coat design to the Bat costume, and the giant utility belt. I really hope we get to see more stories featuring Damian’s future as Batman.